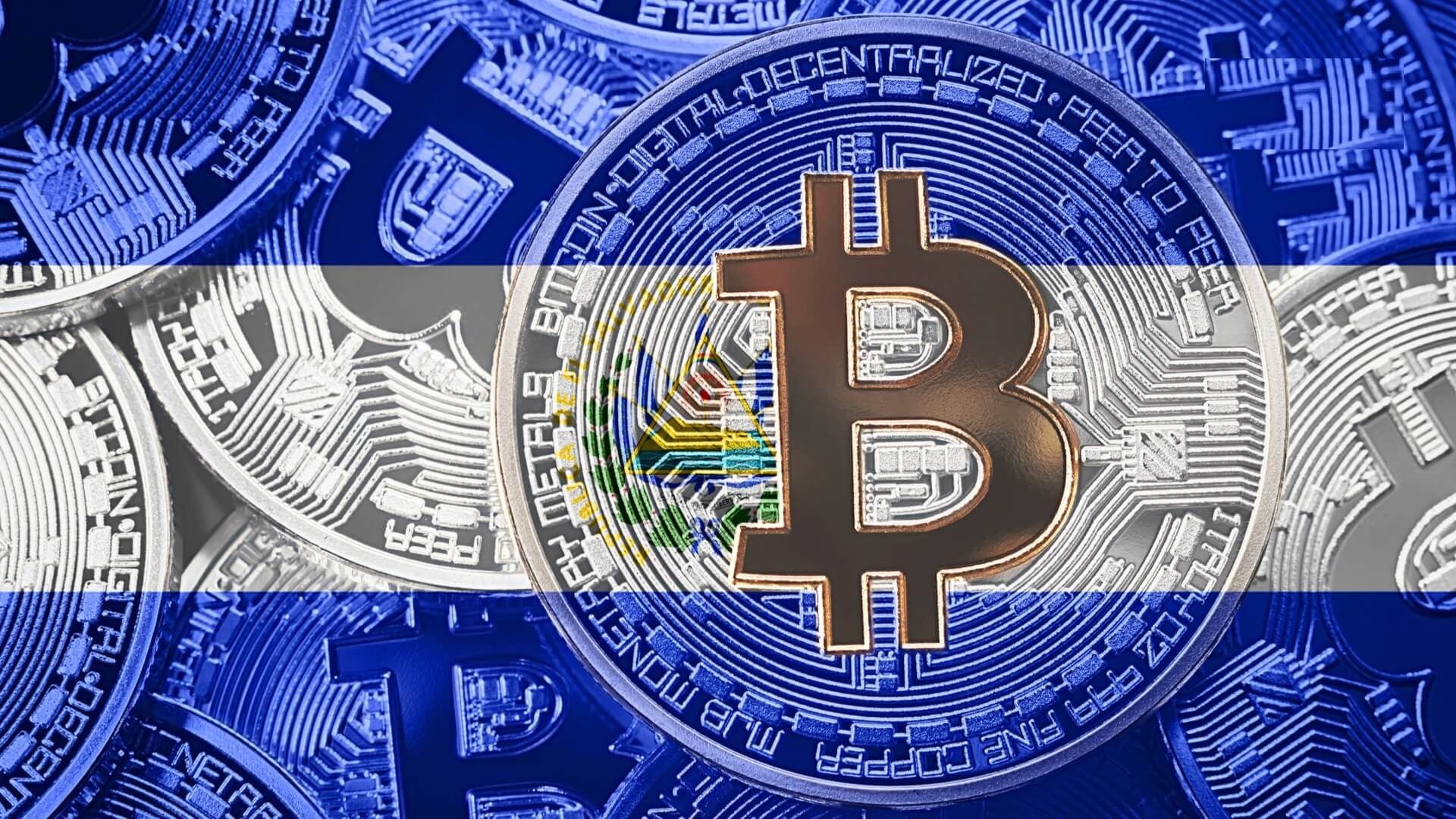 El Salvador the bridge between FIAT and Crypto?

Despite the optimism of many analysts looking at the benefits to consumers in terms of reducing brokerage costs, El Salvador’s decision to legalize Bitcoin carries more risks than opportunities. Given the situation in the country.

The Salvadoran Parliament has just passed a provision that will make Bitcoin legal tender from next fall. It is the first country in the world to do this explicitly, even if it has long been possible in Switzerland to pay taxes with crypto currencies, which is the first step towards recognizing that it is “fiat money” like any other .

So in a few months, Bitcoin can be used to pay taxes in Salvador, it cannot be refused as a means of payment between individuals and the state will guarantee the convertibility of Bitcoins into dollars. However, the government will not deprive the dollar of fiat status. And a country with two currencies, both ruled from outside, is definitely new.

To get an idea of ​​how this will turn out, you need to break free of the specifics of cryptocurrencies and focus on the functioning of conventional monetary unions such as the euro zone, the dollarization of some smaller countries, the use of rubles in some republics, in some former ones French colonies of the African Franc.

It is hard to hide that the emerging picture for El Salvador presents more risks than opportunities, despite the optimism of many analysts looking at the benefits to consumers in terms of reducing recruitment costs. It is no coincidence that the International Monetary Fund, which wanted to provide this country with a billion-dollar loan, has suspended its decision for further investigation.

The official reason for El Salvador’s decision is that emigrant remittances, which make up 20% of GDP and are one of the most important livelihoods for many families, are too expensive to send. In fact, miners charge as little as $ 1 in commissions for transfers in seconds and a few nickels if you’re willing to wait an hour, while traditional banks and money transfers can cut each transfer by as much as a few dozen dollars.

In reality, the hope is to gradually break free from the use of the dollar, without, however, fueling expectations of hyperinflation as in the past. In fact, one of the characteristics of Satoshi Nakamoto’s creature is to set a cap on the currency that can be issued (set at 21 million units, of which only 4.2 million will be “minted”) and an absolutely predictable flow of. to guarantee emissions. Therefore, national and foreign market participants cannot expect “surprises” even in the event of extraordinary events, in contrast to traditional currencies, which are managed fairly discreetly by central banks, which can use instruments such as quantitative easing in the event of a crisis, which reduces the liquidity in circulation the 2007-2008 crisis by 10 tenfold. But this, too, is a double-edged sword, because a currency that by design cannot generate inflation can favor recessive spirals. For this reason, Bitcoin’s rival Ether, like many central banks, ensures stable inflation of 2% per year.

The experiment in El Salvador harbors many opportunities, but also very high risks. First, it is almost always a mistake to deprive yourself of an economic policy tool such as money. In the early 1960s, Nobel Prize winner Robert Mundell coined the concept of an optimal currency area within which the use of a single currency would have more advantages than disadvantages.

Among the latter, the most important is the response to “asymmetric” shocks, that is, shocks affecting countries or regions with different degrees of the same currency. If there are flexible exchange rates, a crisis in a single country will be resolved with a nice devaluation, local employment (paid in local currency) and balance of payments saved and the pull of exports to the happier countries exploited. With a single currency, this trick (which is paid for by inflation and higher interest rates) is not possible and the adjustment involves a drop in wages and prices in the country that took the shock. If prices and wages are not flexible enough, as is common practice, everything falls on the level of employment and production. It is a mechanism that Italy has known very well since joining an “irrevocable” exchange rate system in 1998 and then joining the euro in 2001.

The advantages of a single currency

The advantages of a single currency are just as important. A single currency eliminates the transaction costs, i.e. the commissions that were once paid at the exchange offices in half of Europe, and thus facilitates and increases trade and economic growth. A common currency that can reach a significant critical mass is less exposed to speculative attack and therefore guarantees the stability of internal prices and exchange rates with other currencies. For example, since we got into the euro, Italy has saved hundreds of billions in public debt interest (which has increased from over 11% of GDP in 1995 to around 3.5% today, despite a significant increase in the mass of debt) and has gained in real purchasing power : Looking at the difference between the 6% pre-euro inflation rate (when it was good) and the 2% guaranteed by the ECB today (which is currently around 0.5), consumers have saved around 70 Billions per year (this corresponds to a 4% reduction in inflation in relation to total GDP) or almost 1200 euros each. The downside was “anemic” growth of around 1% versus nearly 3% in the previous two decades, representing a discounted loss of 3.4 billion a year. In short, the results were positive for us.

In short, economists have shown that a single currency is worthwhile when capital, goods and workers move freely within the region, when most of the trade is within the region, and when prices and wages are fairly flexible. These conditions are so restrictive that a famous study by the Chicago Federal Reserve has shown that not even the United States was really an optimal currency area and therefore needed more than a dollar (see Michael A. Kouparitsas, Is the United States a Optimal Currency An Empirical Analysis of Regional Business Cycles, in the Federal Reserve Bank of Chicago Working Paper, Vol. 2001-21, 2001). In other cases, for events that affect only one country or region, at least adjustment costs must be taken into account. Greece in particular has seen how much salt a common currency tastes like for a country in trouble. And we know something about it too.

The situation in El Salvador

Let’s see what the situation is like in El Salvador. It is certainly not a rich country that can count on an annual per capita income of around $ 4,100 (making it around 100th in the international rankings) and an agriculture-based economy (still land ownership) prior to the pandemic) , Fishing and food processing. As a result, income is exposed to the typical asymmetrical shocks such as climate crises and price fluctuations in agricultural products. On the other hand, the mobility of workers required by a monetary union is ensured by the linguistic and cultural homogeneity of South America; moreover, almost all foreign trade depends on the USA, and these would be two points for the current adoption of the dollar as the official currency. However, the political situation in the country is not very stable and it would therefore be difficult for the government to maintain social cohesion in the face of the adjustment costs of a fixed exchange rate system (particularly in relation to prices and unemployment). And this could be a problem if you don’t have your own currency.

El Salvador is therefore a country already threatened by the dollarization it went through in 2001 in the middle of the Argentine crisis to overcome years of hyperinflation and instability, not just financially. These risks have been described by a little-known Argentine economist, Roberto Frankel, who, while examining his country’s experience, which ended dramatically in 2001, identified a vicious circle that begins with the necessary liberalization of capital movements (without which it would be impossible) to adopt another currency). In the beginning, dollarization in a developing country attracts capital from abroad because it guarantees stable exchange rates and real prairies for investors. Growth and employment are accelerating, but private debts and inflation with foreign countries are also rising because the production structure does not have time to adjust to the inflow of liquidity, which is now also inflating speculative bubbles in the real estate market and on the stock exchange. . Unfortunately, with a fixed exchange rate, this excess demand cannot be “cured” by devaluation and makes domestic goods more expensive than imported goods. At that point, domestic production and employment declined, while the balance of payments was in the red and any accident was enough to trigger the flight of foreign capital from a country now in full recession. In general, the story ends, like in Argentina, with chain failures, especially at banks, and with the collapse of the economy and society.

This narrative was made in Italy by Eurosceptic economists such as Albero Bagnai (Bagnai, A., 2013, “Introduction: The Euro: Manage It or Leave It! The size and level of development of our country, on which El Salvador certainly cannot count. Of course ends.” dollarization in El Salvador is not necessarily bad either. There are dozens of countries that live peacefully with other people’s currencies, starting with the Principality of Monaco, Andorra, San Marino, Vatican City, Kosovo and Montenegro, that have relied on the euro. But themselves Relying on two coins minted by others may be too much.

To sum up, after a possible initial phase of rapid growth, associated with the influx of foreign capital (not all of impeccable origin), the Salvadoran economy is destined to fall into an Argentine syndrome related by severe instability worsened with the fluctuations in cryptocurrencies. . Provided that the central bank does not file for bankruptcy in the meantime, given requests to convert bitcoins into dollars. As usual, few will get rich and many will lose.