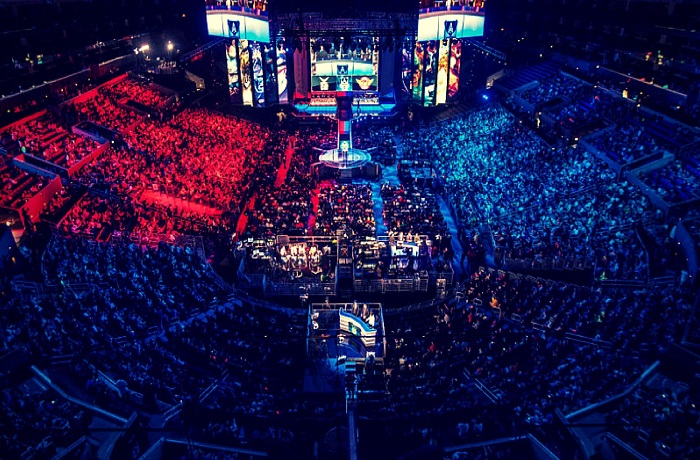 E-sports and gaming business worth billions

The former niche market of e-sports and mobile gaming has turned into a billion-dollar business. New innovations, more and more technical possibilities, increasing audience numbers and increasing interest from sponsors are driving the industry – and should continue to offer growth opportunities in the future.

The past few years have been characterized by steady growth for the e-sports and mobile gaming industry. Like so many other areas, e-sports was not spared from the corona pandemic. The restrictions introduced worldwide have changed the range of products on offer – but consumer behavior has also changed. The absence of traditional sporting events has brought e-sports into focus in some cases. Despite the reallocation, considerable growth in the industry can also be expected in the following years. According to NewZoo, an e-sports research company, global sales are likely to grow to around USD 1.1 billion in 2021, which is around 14.5 percent year-over-year growth. What was once a niche market has turned into a billion-dollar business.

What exactly is esports?

In electronic sport, or e-sports for short, as in classic sport, lone fighters or entire teams compete against each other. The difference, however, is that the competitions take place virtually. Equipped with controllers, screens and nimble hands, the professional players struggle to emerge from organized competitions as winners and to win the prize money, some of which can compete with those of traditional sport. Any computer game can be played and played against each other, be it strategy games or classic sports games. The various e-sports players and teams can therefore not only take part in one game – but in any game they like in the competitions. In the meantime, a wide variety of national and international teams and leagues have been formed that compete with one another as in competitive sports.

But e-sports are also particularly popular with viewers: the global number of live stream viewers is growing rapidly. This development was accelerated by the global corona pandemic. That increase will normalize in a few years, but according to NewZoo, the increase is likely to remain in double digits for the next few years in developed countries. The growth potential of the esports and gaming sectors could also open up interesting opportunities for investors. For this reason, Vontobel has created a certificate for the Vontobel E-Sports and Gaming Index. The actively managed index contains stocks of companies that are active in the gaming and esports sector. This includes cloud gaming, chip manufacturers, game developers, equipment, game technology and video streaming, among others. Vontobel Investment specialists analyze a wide variety of gaming stocks and include the potentially most promising ones in the index. The index is calculated as a performance index, i.e. dividends are reinvested net.